This article is based on the work of Marcy Paulson in her article 'How to Understand Pentatonic Scales' and is published with her approval.

An Octave is a measurement of musical distance. An octave stretches from a note of a given frequency (A 440 Hz for example) up a scale to an A note of twice that frequency – or A 880 Hz. The octave can also be measured downward to an A of half the frequency of the starting A – or A 220.

Another way a musician can think of an octave is like the notes are twelve musical steps on a spiral staircase. When you start with an A and go up twelve steps you have completed an octave. When you step onto the thirteenth step you are directly above the starting step and playing a new A. If you were taking the steps down you are directly below the starting step (or half the frequency). The thirteenth note is an A again but twice (or half) the starting frequency.

When you start on a second octave you start counting the steps again from one – one, two, three up to twelve. So you are repeatedly going around the spiral staircase of notes either up or down. It does not matter which of the twelve possible notes you start on – the principle is the same. So a flute in the key of A goes form A above middle C on the piano to the second A above middle C.

A pentatonic scale is made up of five of the possible twelve notes or steps. This means that a song in a pentatonic scale will be a composition or arrangement of these five notes in differing sequences. What makes a pentatonic scale so magical is that any of these notes will sound pleasing next to any other note on the pentatonic scale. So just playing around with these notes makes pleasing sound combinations. If you have ever tried playing random notes on the keyboard of a piano (chromatic scale) you have experienced that this will not produce a pretty song. Some of the twelve notes don’t sound good with others. This is also true of a diatonic (seven note) scale.

Of course, musicians break the rules all the time and touch on a few extra steps. They call those notes grace notes. But as with everything in life to sound good breaking the rules you have to know what you are doing in the first place. For the flute player to understand which extra (non pentatonic) notes to step on, and why he plays those notes and skips over the seven others is a little like solving a musical riddle.

How to Understand Pentatonic Scales

For a pentatonic (five note) scale to sound pleasing the five notes must be arranged in one of five possible patterns. I will again use the analogy of a staircase for the twelve notes of a chromatic scale.  This twelve-step/note staircase was described in the previous article. Here are the rules that ancient musicians discovered for moving up and down the staircase in five note scales. They formulated these rules by listening to the notes and intuiting what sounded right.

Starting on step/note one the musician must climb the staircase stepping over intervals between steps/notes of either two or three steps. Let’s say that we start with step/note A. The twelve notes on the chromatic (stair step) scale from A to the next higher A are – A, A# (also known as Bb), B, C, C#, D, D# (or Eb), E, F, F#, G, G#. When you step off of G# (the twelfth note) to the next note you will be back to A directly above and one octave higher than the starting A. By the way, it doesn’t matter which note you start out on the principle is the same. One revolution up (or down) the spiral gets you back to the starting position only directly above where you started.

Basically, a pentatonic scale consists of five notes separated by intervals of either two or three and the three step intervals can’t be adjacent to each other. Mathematically inclined musicians can work on this riddle to determine the ways of climbing the spiral staircase without breaking these rules. Here’s a hint, there are five, and only five correct ways to do it. These different patterns of stepped on stairs and skipped over stairs are called modes, another word for pentatonic scales.

Here are the five modes: 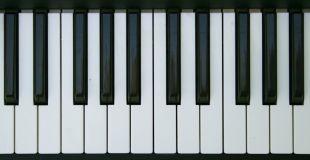 If you study the five black keys on the piano, you will notice they are grouped in patterns of two and three.

There are five black keys in all. You can start progressing up (or down) these keys in five different places. Notice you are skipping over all the white keys. If you start on one of these notes and strike the other four in order until you reach the same black note again you will hear one of the pentatonic modes.

To hear another pentatonic mode you have only to start on the next of the five keys and go up to it’s higher counterpart.

If you count the white notes in between each step from on black note to another you will see the intervals or skipped steps in the staircase.

The typical six-hole Native American style flute will be tuned to play two of the pentatonic scales; mode one and mode four. Information presented on the Playing Your Flute page - see flute scales - of this website will help clarify this material.